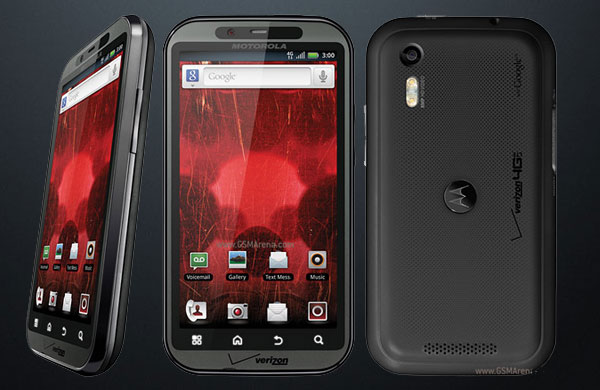 The Motorola Droid Bionic is the latest android based smartphone launched by Motorola in 2011. It is compatible with 4G technology and was much anticipated at the time of its release, especially after the scheduled release date was postponed.

Unfortunately, soon after its launch, several complaints had been made by users about a whining sound that could be heard during audio playback. However, this issue was taken care of when the first update was launched a few months later.

The smartphone offers a number of interesting features that have since become pretty much standard for most smartphones. The smartphone is 4G LTE based and offers Wi-Fi connectivity as well. It is powered by a 1 GHz core processor.

The display unit of the Droid Bionic is 4.3 inches, which is quite normal compared with other models that offer 6 inch screens.  It also comes with an 8-megapixel front facing camera that also offers video chat options. The screen provides a resolution of 960×540 pixels. The display screen is a touch screen and is equipped with multi-touch facilities. It also comes with a proximity sensor that allows it to adjust screen resolution accordingly. The phone is powered by a 1735 mAh battery. The smartphone is also supported by Adobe Flash as well as HTML5 and can also be connected to give HDTV output.

The Droid Bionic measures 5.01 inches in length and 2.63 inches in width, which makes it quite a handy smartphone. It only weighs 158 g, making it one of the lightweight and easily portable phones on the market.

The Motorola Droid Bionic also comes with a music player that is capable of supporting MP3 and MIDI applications. It also has a video playback feature that supports MPEG4 files. It can also be used to play files from YouTube.
The Droid Bionic also supports Internet browsing through built-in features such as Facebook and Twitter connectivity in addition to connecting the user to the Android marketplace.
Other services include GPS technology based navigation and phonebook. The phonebook feature is further differentiated by several options such as caller groups and search options by last name as well as first name, making it easier to search for contacts. In addition, the regular features of most mobile phones such as calculator, organizer, calendar, and alarms are provided in this smartphone as well. SMS and email services are also of a top quality.

The Droid Bionic also comes with a built-in memory of 8GB that can be adjusted to 16 GB depending on the type of phone. In addition, it enables memory expansion and a maximum card size of 32 GB.